I have neglected to write about the projects I’ve been doing since I was appointed Historian Laureate for the City of Edmonton (including my new history podcast, Let’s Find Out), mostly because I’ve been too busy actually working on them! There’s one I’d like to share with you here though.

For the past couple months, I’ve been writing articles for CBC’s Canada 2017 project. They’re connected to a Murdoch Mysteries web series called Beyond Time, where viewers have to guess the identity of famous Canadians that a Time Bandit has stolen from time. After the Murdoch Mysteries team reveal the correct answer, they link to articles about what history would have been like without that person. So I’m the one writing those articles.

One of the stories I wrote in February was about Viola Desmond. 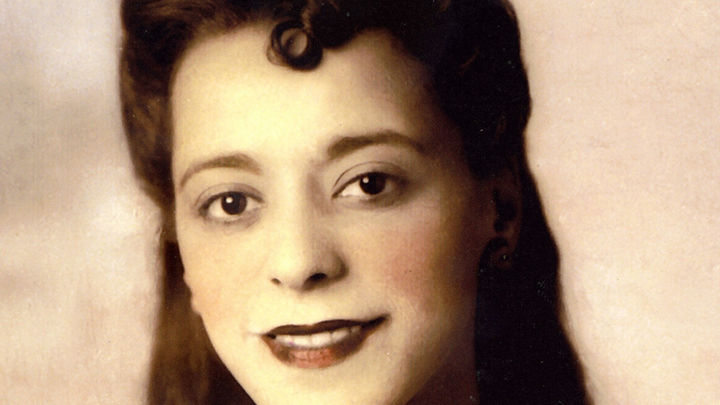 It was a fascinating article to write and research. By now most of us have heard about her courageous stand against racial segregation at New Glasgow’s Roseland Theatre in 1946. Viola Desmond was a smart, brave, and dignified woman. The risks she took, the lengths she went, to make a successful life in 1940s Nova Scotia are impressive even today.

Before I read Graham Reynolds’ book Viola Desmond’s Canada, I had no idea she actually started out as a teacher before that. And that she was only allowed to teach in segregated black schools.

When she went into the beauty business, Viola personally drove up and down the province to sell her beauty products in a time when it was almost unheard of for a black woman to drive alone. She was inspired by Sarah Breedlove (aka Madam C.J. Walker), the first self-made millionaire in the United States, and Viola pursued an education in New York, as well as in Montreal and Atlantic City.

She was breaking barriers long before she accidentally crossed that colour line in a theatre in an unfamiliar town.

We all owe a debt to Viola Desmond for her bravery fighting her unjust treatment at the theatre (and in court the next day, where they fined her) all the way to Nova Scotia’s Supreme Court. What also struck me researching this piece though, was how she herself had many other people’s hard work behind her.

There was Carrie Best, the publisher of the African-Canadian focused newspaper The Clarion, which covered Viola’s story, and spelled out the injustice for the public. There was Pearleen Oliver, co-founder of the Nova Scotia Association for the Advancement of Colored People, whose association paid the lawyer who appealed her fine at the province’s Supreme Court.

And thanks to Bashir Mohamed, I know about Charles Daniels, who fought a very similar case of discrimination at the Sherman Grand Theatre back in 1914, the year Viola Desmond was born. Donald B. Smith’s book Calgary’s Grand Story has a great retelling of the whole case. The short version? Charles was refused entry after buying a ticket to King Lear, on account of his being black. He sued them for discrimination, and the kicker is he actually won. He won $1000. In 1914.

I saw Hidden Figures recently, and it made me pump my fist in the air and cry and cry and cry, thinking of all the brave people who’ve fought against the barriers our society has put up against their full participation in our society. There were those woman at NASA who fought for a place in the room making groundbreaking calculations that got astronauts into space and back. There was Viola Desmond. There are kids in high schools right now fighting for the very basic right to go to the bathroom and change before gym class somewhere they feel safe and comfortable.

We go farther when we all have a chance to contribute.

We all stand on the shoulders of these giants.

One last thought I couldn’t squish into this short CBC article: It’s great that Viola Desmond is going to be on our money, but she should really be on the $20 bill. That’s how much she was fined for allegedly cheating the province out of a penny’s tax, because the theatre wouldn’t take the extra money she tried to pay to sit in the ground floor seats. The court also forced her to pay $6 in expenses to the theatre manager, but we don’t have a $26 bill yet.